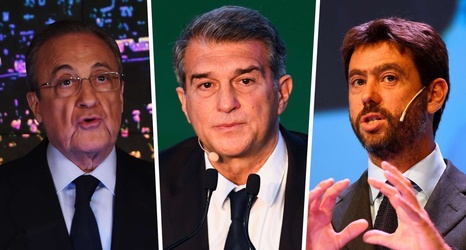 Real Madrid, Barcelona and Juventus have been emboldened to keep their Super League dreams alive by a European court ruling against UEFA on Friday.

The court has determined UEFA cannot sanction clubs for signing up for the Super League, which the continental powers have taken as a signal that "going forward we will no longer be subject to ongoing UEFA's threats".

The organisations have said their "aim is to keep developing the Super League project in a constructive and cooperative manner" while accusing UEFA of monopolistic practices.