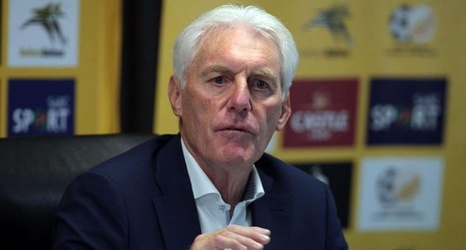 When Broos was announcing his final squad for the World Cup qualifiers on Monday, he revealed that he had been denied access to Orlando Stadium. The Belgian coach was with his assistant Cedomir Janevski when the incident occurred.

"The Premier Soccer League today [on Monday] learned of an unfortunate incident in which the South African senior national team head coach was denied access to the DStv Premiership match between Orlando Pirates and Mamelodi Sundowns on Saturday, 25 September 2021," PSL said in a statement.