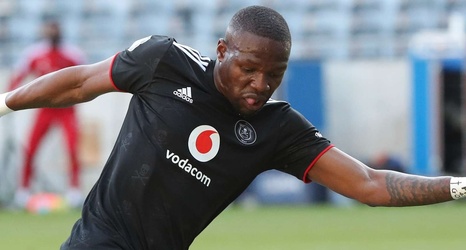 Orlando Pirates forward Tshegofatso Mabasa feels they enjoyed most of the advantage in their 2-0 defeat against Mamelodi Sundowns on Saturday.

Mabasa is disappointed that Bucs had dropped their heads to give up the contest. A Peter Shalulile second-half brace saw Sundowns beat Pirates to cling on at the top of the Premier Soccer League table.

It was Pirates’ first defeat of the season, having previously managed two wins and as many draws.

Mabasa lasted the entire match and gives his opinion on how they lost it to the PSL defending champions.