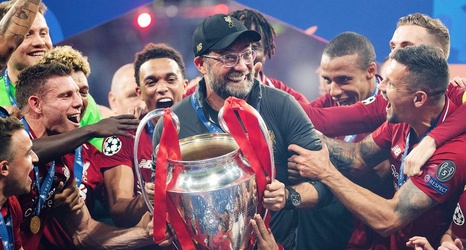 As the one-year anniversary of Liverpool's Champions League final win over Tottenham edges closer, Jurgen Klopp has revealed the one memory from the night that stands out above the rest.

The German manager had yet to win a single piece of silverware with the Reds before that point but finally broke the drought as he guided his side to a 2-0 win.

Goals from Mohamed Salah and Divock Origi clinched the victory, and it was the second goal that Klopp remembers most fondly.

"The wonderful Divock Origi goal, it was not our best game, it was not the best game of Tottenham," Klopp told BT Sport.