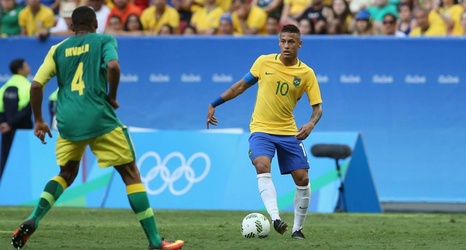 After featuring in the previous global event, the 24-year-old star is also in Tokyo for the ongoing tournament

South Africa faced the hosts - who eventually became champions - in front of 70,000 fans in the city of Brasilia and Malepe has revealed how impressed he was with how his teammates faced them.

The home team was led by highly-rated forward Neymar in an opener that eventually ended in a 0-0 draw.

"What Neymar does on the pitch is amazing - just beautiful to watch," Malepe told Fifa.