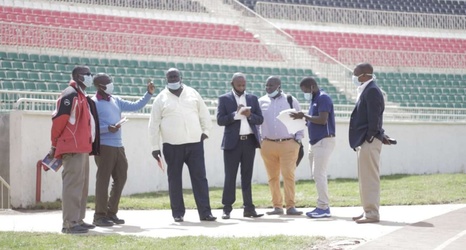 The facility had been closed for renovation but was re-opened in 2020. Several matches had been played there including the friendly matches between the hosts and Zambia, South Sudan, and Tanzania.

The Bright Stars also hosted Uganda in the Africa Cup of Nations qualifiers, whereby the hosts won by a solitary goal.

However, Caf had not confirmed whether the stadium will be used for the Fifa World Cup qualifiers alongside the Moi International Sports Centre Stadium, Kasarani.

No other stadium was approved for Tanzania, meaning they will only be using the Benjamin Mkapa Stadium in Dar es Salaam.