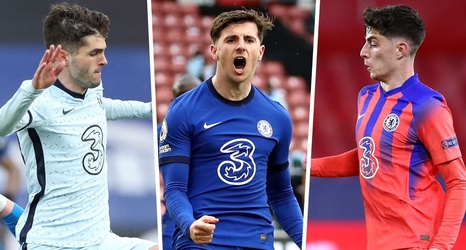 Mason Mount is excited by the potential of Chelsea's new-look front three, with the England international thriving for the Blues alongside Christian Pulisic and Kai Havertz.

The young trio helped the Blues to a crushing 4-1 win over Crystal Palace last time out, with Pulisic and Havertz among the goals as Mount was named Man of the Match.

Thomas Tuchel may have stumbled upon an attacking trident that can go on to rival those elsewhere, such as at Liverpool, with the early indications being a system favouring energetic playmakers and a false nine is the way forward.