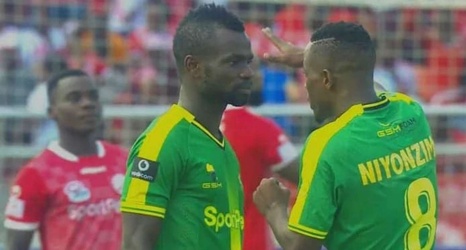 Yanga SC winger Bernard Morrison has admitted to receiving cash from Simba SC who are reportedly attempting to sign him.

Morrison's future at Yanga has been cast into doubt after he missed the tie against Mwadiui FC on June 13. The Ghanaian forward switched off his phone before the match, making it difficult for the club to track him.

It later emerged he had was having meetings with some unnamed officials from Simba who are reportedly desperate to have him sign for the Wekundu wa Msimbazi.

“Simba came to me, I asked them to table their offer and they did.