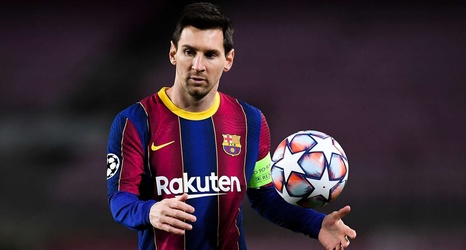 Oscar Mingueza will not be trying to influence Lionel Messi’s contract call at Barcelona in any way, with the Blaugrana defender pointing out that his iconic team-mate has to “look after himself and no-one else”.

As things stand, the six-time Ballon d’Or is due to hit free agency when his current deal expires at the end of the season.

Fresh terms have been mooted, along with a move elsewhere, and Mingueza says the all-time great has earned the right to dictate his own future after all that he has achieved in Catalunya.