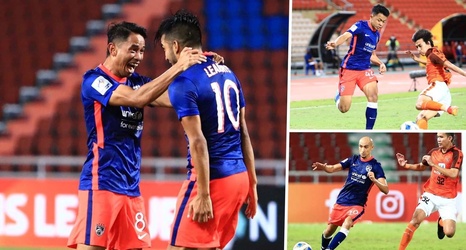 Despite the slim margin of victory, JDT stamped their class all over Ratchaburi in picking up their first three points of AFC Champions League 2021.

The mission was clear for Johor Darul Ta'zim (JDT) after their opening day defeat to Nagoya Grampus, win against Ratchaburi or let slip a glorious opportunity to break into the knockout stage in only their third ever season in Asia's top club competition.

What transpired in the narrowest of victory margins was a display so dominant that the Thai club was playing second fiddle to the Malaysian champions for the majority of the match.