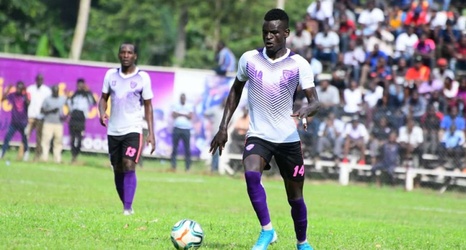 Wakiso Giants have confirmed they will miss the services of midfielder Joshua Lubwama when they take on Kyetume FC in a Ugandan Premier League (UPL) match on Tuesday.

The midfielder was hauled off at half-time during the team’s 2020-21 season opener against Police FC on Friday as a precaution after he felt some muscle pain.

Ahead of their first home match of the season against Kyetume at Kabaka Kyabaggu Stadium, coach Douglas Bamweyana has revealed the player will not be available for the fixture and also stated he will make minimal changes to the squad that played the opening match.