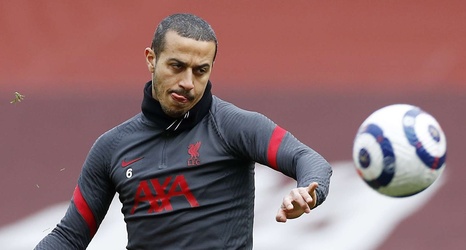 Thiago Alcantara admits his first season at Liverpool has been "frustrating" amid the team's disappointing results.

The Reds are scrambling to save their season as they sit sixth in the Premier League and in danger of missing out on a place in next season's Champions League.

Although the Anfield side are on a three-game winning run, they have been beaten by the likes of Brighton, Manchester City, Leicester, Everton, Chelsea and Fulham since the start of February.