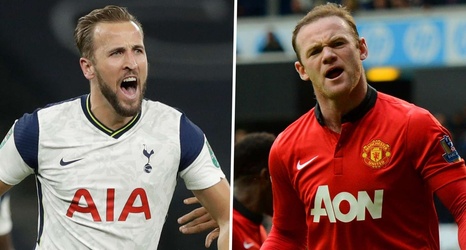 Harry Kane has the potential to be “one of the greats” but is not yet at Wayne Rooney’s level and remains outside of the Premier League’s top five all-time top strikers, says former Tottenham frontman Darren Bent.

A star turn in north London is well on his way to cementing a standing among the great and good of English football.

A remarkable strike rate for Spurs has a prolific 27-year-old sat on 200 goals from 300 appearances.

Kane has also found the target on 32 occasions through 49 appearances for his country, and is currently captain of the Three Lions.