Kalu scores but Bordeaux lose to Ganago and Kakuta's Lens 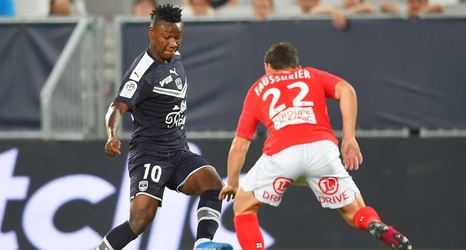 Samuel Kalu's late effort was not enough to save Bordeaux as goals from Cameroon's Ignatius Ganago and DR Congo's Gael Kakuta steered Lens to a 2-1 win on Saturday.

Both teams struggled to break the deadlock at the Stade Bollaert-Delelis in the first 45 minutes but Ganago opened the scoring for the hosts two minutes into the second half.

The 21-year-old has been in fine form in the Ligue 1 this season, scoring a goal in Lens' last two games which took his tally to three efforts in four Ligue 1 appearances.