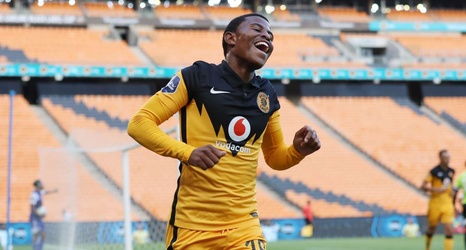 Kaizer Chiefs midfielder Happy Mashiane has revealed that he still has a soft spot for Maritzburg United coach Ernst Middendorp and will not celebrate if he scores against the Team of Choice in Wednesday’s Premier Soccer League clash at Harry Gwala Stadium.

Coming up against the strugglers who stunned them 2-0 at FNB Stadium, Chiefs would be keen not to let the KwaZulu-Natal side complete a league double over them.

Mashiane will be facing his former Chiefs coach Middendorp, who introduced him to PSL football as a 21-year-old in the 1-0 defeat to Cape Town City in January 2019.