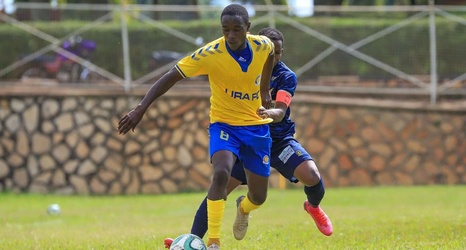 Uganda Revenue Authority FC midfielder Shafik Kagimu has called on the team to find a quick solution to their struggling problems after they dropped points again in a 0-0 draw against Bright Stars on Saturday.

After successful outings that saw the Tax Collectors beat KCCA FC 2-0 and BUL FC 3-1, they have gone for two matches without registering a win or scoring a goal as they drew 0-0 with SC Villa and they drew 0-0 against Bright Stars at Kavumba Recreation Centre.

Though the draw enabled them to move top of the 16-team table, one point ahead of Vipers SC, Kagimu believes the team must quickly arrest their recent winless run if they are to achieve some of the targets they set for the season.