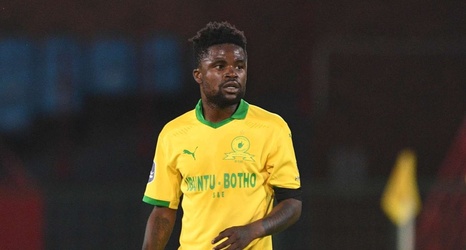 The exiting winger, who was heavily linked with Orlando Pirates before he joined Masandawana, has fallen out of favour at Chloorkop

The 26-year-old winger is yet to feature for the Brazilians this season following the arrival of fellow attackers Thabiso Kutumela and Neo Maema at the Chloorkop-based giants.

The duo has pushed Kapinga further down the pecking order so much that he hasn’t even made it onto the bench, with much having been expected from him when he joined the club from Black Leopards in July 2020.