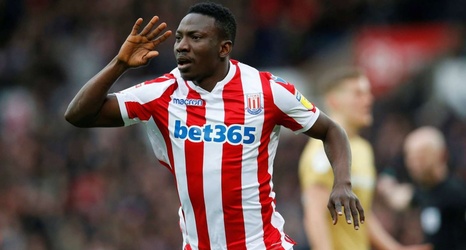 On-loan Stoke City midfielder Oghenekaro Etebo has revealed his desire to move to the Bundesliga in future.

The Super Eagles star has played in Portugal with Feirense and Spain where he featured for Las Palma on loan before moving to England to join Stoke City.

The midfielder is currently on loan at Getafe until June after arriving in January from Championship side Stoke.

Although the 24-year-old has been linked with a move to Italy, he has stated his desire to play in the Bundesliga.