'I have to hear what the management wants first' - FA Selangor boss B. Satiananthan accepts blame for hammering 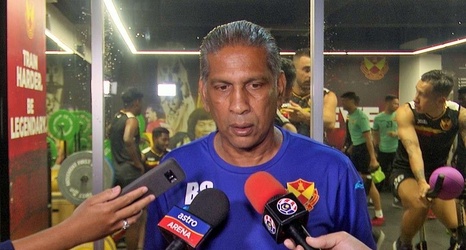 The mediocre has turned to horrendous for Selangor, who were thrashed 6-1 by Malaysia Super League leaders Johor Darul Ta'zim (JDT) in their matchday eight encounter on Saturday.

A dubious foul given by referee Zulkarnain Zakaria just outside the Red Giants' penalty box in the first half added time allowed Safawi Rasid to score from the ensuing free kick, but after the interval Zulkarnain made a glaring error.

In the 46th minute Nicholas Swirad fouled Diogo just outside the box, and while the defender escaped a sending off for denying an obvious goal scoring opportunity, Zakaria pointed to the spot instead.