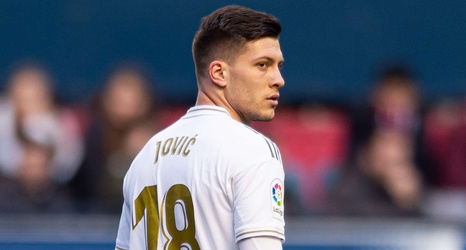 The Serbian striker remains determined to prove his worth to the Blancos, but a loan door is being left open again in the summer window

Luka Jovic is eager to point out that he "didn't arrive at Real Madrid by accident", with the Serbian striker retaining full faith in his ability, but another loan door is being left open at Santiago Bernabeu.

The 23-year-old was one of the most sought-after talents in Europe after hitting 27 goals for Eintracht Frankfurt in 2018-19, with La Liga heavyweights eventually winning the race for his signature.

Things have not gone to plan in Spain, with the target found on just two occasions through 32 appearances, and a stint back in Germany was taken in last season as Jovic struggled to find a spark.