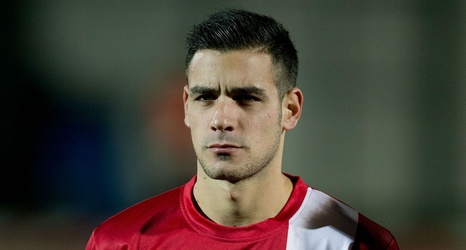 Gibraltar celebrated their first competitive international triumph on Saturday, winning 1-0 in Yerevan against Henrikh Mkhitaryan's Armenia in the Nations League.

The British overseas territory, who were only admitted to UEFA in 2013 after a prolonged legal battle, were dominated by their hosts in the Armenian capital, but Jopseh Chipolina's 50th-minute penalty gave the minnows a lead that they clung to doggedly as manager Julio Cesar Ribas's hitherto point-less side saw out an historic win.

Hrayr Mkoyan fouled Lee Casciaro in the area and Lincoln Red Imps man Chipolina stepped up to score from 12 yards and get Gibraltar up and running in Group 4 of the UEFA Nations League's League D.