'Fraser would be a great signing for Spurs' - Bournemouth star could fit into Mourinho's front three, says Bent 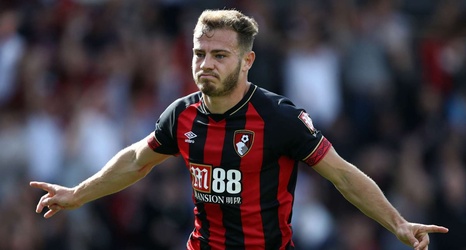 Ryan Fraser "would be a great signing" for Spurs, according to Darren Bent, who can see the Bournemouth star slotting into Jose Mourinho's front three nicely.

Fraser joined Bournemouth from Aberdeen back in 2013, and has since racked up 208 appearances for the club across all competitions, scoring 24 goals.

The 26-year-old helped the Cherries gain promotion to the Premier League in 2015, but missed their first season in the top flight after being sent out on loan to Ipswich.

He returned to the Vitality Stadium ahead of the 2016-17 campaign with a point to prove, and contributed three goals and eight assists to Bournemouth's cause to inspire them towards a ninth-place finish - the highest in the club's history.