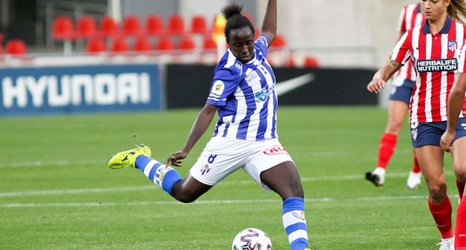 Fatoumata Kanteh was on the scoresheet to help Sporting Huelva secure a 2-1 win over Tenerife in Sunday’s Primera Iberdrola game.

Before the contest, the Spanish-born Gambian has not been able to find the back of the net in 19 appearances for Sporting this season.

The 23-year-old was handed her 13th league start and made a vital contribution, inspiring Sporting's return to winning ways after back-to-back defeats to Deportivo La Coruna and Levante recently.

After a goalless first half, the hosts started on the front foot as Yoko Tanaka spearheaded Sporting's attack, before passing to the Gambian to find the back of the net four minutes after the restart.