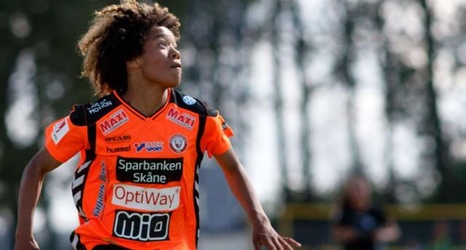 Swedish Damallsvenskan side Vaxjo have completed the signing of Evelina Duljan on loan from division rivals Kristianstads.

The 17-year-old will spend the rest of the season with Maria Nilsson's team, following a successful discussion between the two sides over a temporary switch for the Swedish youth international.

The forward was eager to make a move in search of regular playing time in the Damallsvenskan, having seen her chances at Kristianstads diminish over the course of last season.

Duljan, who joined Kristianstads in 2017, had made 44 appearances and scored four goals over her last four-year spell for the club, including twice in 19 outings in the 2019 campaign.