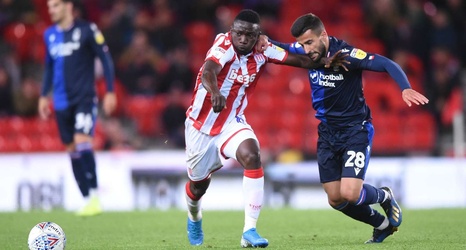 Oghenekaro Etebo has expressed his delight after joining Galatasaray from Championship side Stoke City on a season-long loan.

The Turkish Super Lig giants announced the signing of the Super Eagles star from the Bet365 Stadium outfit on Wednesday.

The midfielder has been with the Potters since the summer of 2018 when he joined the club from Portuguese side Feirense.

The 24-year-old made 45 Championship appearances for Stoke before heading on loan to La Liga side Getafe in January.

The Nigeria international contributed as the Coliseum Alfonso Perez outfit finished eighth in the Spanish top-flight in the last campaign.