Eden Hazard and Real Madrid still have La Liga to play for, if they can get over his behavior after loss to Chelsea 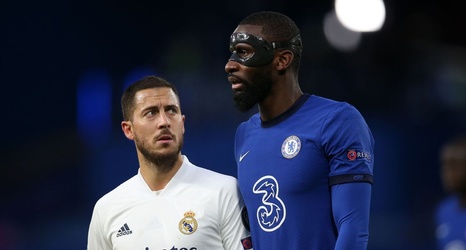 Eden Hazard has friends at Chelsea, the monster. By the end of Wednesday night, it was hard to avoid the conclusion that what most hurt wasn't that Real Madrid had been knocked out of the Champions League, or even that they had been defeated so completely, the fact that they had still been in it with five minutes to go something of a miracle and the 3-1 scoreline a small mercy, but the suspicion that it didn't hurt their No. 7 at all. That -- and forget what he did during the game, which was not much -- soon after it he smiled.