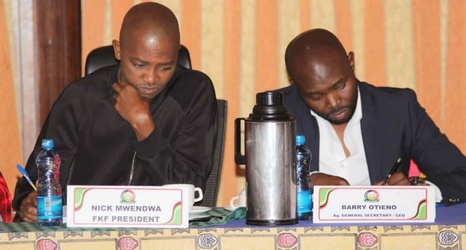 Sports Principal Secretary Joe Okudo has confirmed that the Directorate of Criminal Investigations (DCI) has been given the green light to investigate the Football Kenya Federation and its president Nick Mwendwa on how a sum of Ksh. 244.6 million was used.

The government gave the federation the aforementioned money to prepare for the 2019 Africa Cup of Nations that was held in Egypt, where the Harambee Stars performed were eliminated in the group stage.

There are also questions on how the under-pressure head used Ksh. 11 million from the aforementioned amount, as well as the sum of Ksh 57 million which was allegedly used in allowances.