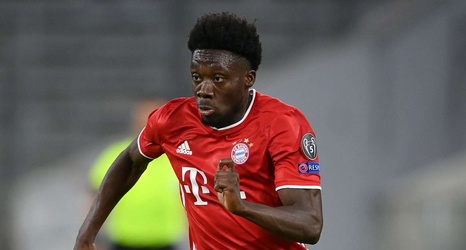 Alphonso Davies’ rise to becoming a Champions League winner at Bayern Munich once saw him take in training sessions with first team and U14 squads while at the Vancouver Whitecaps, Robert Earnshaw has revealed.

The jet-heeled left-back saw his potential spotted early while in Canada, with his ability being fast-tracked through an MLS youth system.

A senior bow was made for the Whitecaps at just 15 years of age, making him the competition’s second-youngest debutant after former teen sensation Freddy Adu.

It did not take long for European football’s leading lights to take note, with Bayern moving to put a record-setting transfer in place during the summer of 2018.