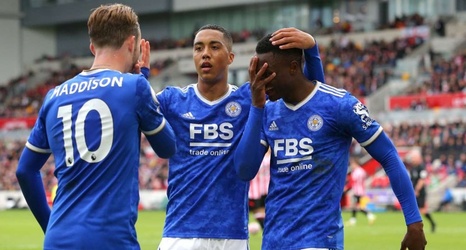 Leicester City midfielder James Maddison has described Patson Daka as a player who doesn’t have "a greedy bone" in his body after he set him up to score in the 2-1 Premier League win against Brentford on Sunday.

The Foxes travelled to West London to face the promoted side after their earlier wins against Manchester United and Spartak Moscow. City took the lead through a stunning long-range drive from Youri Tielemans in the 14th minute.

The Bees then moved level in the 60th minute courtesy of Mathias Jorgensen but 14 minutes later, the Zambia international, who had come on in the 46th minute for Jamie Vardy, set up Maddison to score what turned out to be the winner at Brentford Community Stadium.