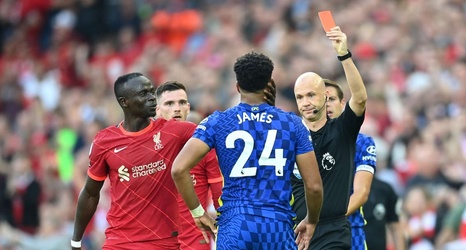 Chelsea have been charged by the Football Association (FA) for the conduct of their players during the 1-1 draw against Liverpool on Saturday.

The charge relates to the way the Blues players reacted after Reece James was shown a red card late in the first half of the Premier League match at Anfield.

James was sent off for a handball on Chelsea's goal line and Liverpool were awarded a penalty after a VAR check.