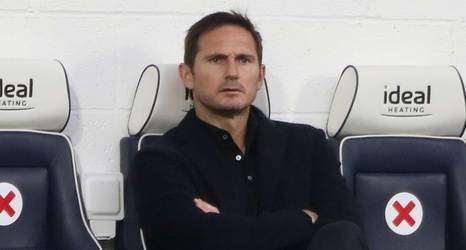 Chelsea boss Frank Lampard believes English managers are judged differently to their foreign counterparts and says more should be given the opportunity to lead Premier League clubs.

Lampard took over the reins at Stamford Bridge ahead of the 2019-20 season to become the first Englishman to permanently lead the club since Glenn Hoddle left in 1996.

He guided the Blues to a top-four finish in the Premier League in his maiden campaign but has overseen just two wins from the opening six top-flight games this season, with Sunday's 0-0 draw with Manchester United leaving them in 10th.