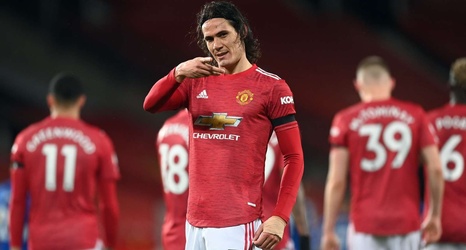 Edinson Cavani is a "big name" player and proves on a daily basis at Manchester United why he has earned such a standing, says Nemanja Matic.

The Red Devils bought into the vast experience of the 34-year-old Uruguayan when fishing him out of the free agent pool in 2020.

United had seen their fingers burned by South American strikers in the past, but Cavani has settled quickly into the fold at Old Trafford and took his goal tally for the season to nine with another important effort in a 2-0 Europa League quarter-final win over Granada.