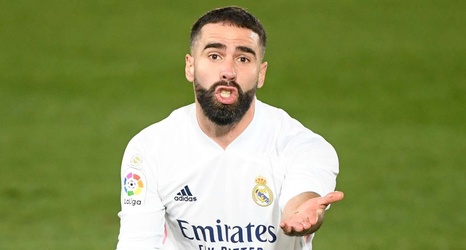 Dani Carvajal has signed a contract extension with Real Madrid that will tie him to the Liga giants through to 2025.

The Spain international right-back is a long-serving member of the Blancos fold, having been returned to Santiago Bernabeu for a second spell in 2013.

He remains a key part of future plans in the Spanish capital, despite now being 29 years of age, and will be sticking around for at least another four seasons.

Announcing the deal on the club's official website, the Blancos have said: "Real Madrid C.