Caf Confederation Cup: Matano calls for Tusker to get African exposure ahead of CS Sfaxien date 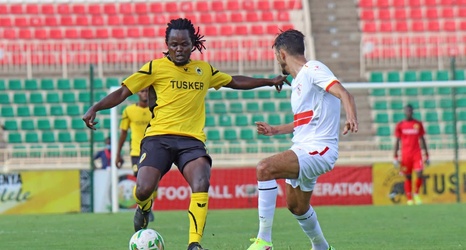 Tusker FC coach Robert Matano believes his charges should play competitive friendly matches outside the country in their preparation to play CS Sfaxien in the Caf Confederation Cup.

The Football Kenya Federation Premier League champions dropped to the second-tier competition after a 5-0 aggregate loss to Zamalek in the Caf Champions League.

The Brewers will now play the North African side in the final preliminary round of the second-tier competition with the overall winner advancing to the group stage. The tactician believes the draw, that was conducted on Tuesday, is fair and with good planning, the result will be positive.