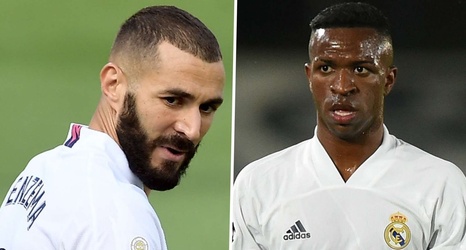 Karim Benzema has been caught telling Real Madrid team-mate Ferland Mendy not to pass to another player on the team during the club's latest Champions League outing.

Madrid's poor start to their latest European campaign continued as they were held to a 2-2 draw by Borussia Monchengladbach in Germany on Tuesday night.

The Bundesliga outfit found themselves 2-0 up before the hour mark thanks to a Marcus Thuram double and seemed on their way to a famous victory before Benzema's acrobatic volley halved the deficit in the 87th minute.