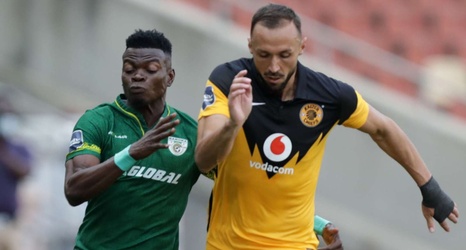 Kaizer Chiefs recorded a second straight Premier Soccer League draw when they surrendered their lead to be held 1-1 by Baroka FC at Peter Mokaba Stadium on Thursday.

After Lebogang Manyama put Amakhosi in front with a 58th minute goal, Chiefs appeared on course to secure maximum points until Evidence Makgopa replied for the hosts with nine minutes to go.

In what was a missed opportunity to get into the top eight, Chiefs remain on position nine, while Baroka climbe one rung up to 12thn position.

Coach Gavin Hunt made just one change from the team that started against Horoya last Saturday, bringing in Samir Nurkovic for Happy Mashiane who later on came in as a substitute.