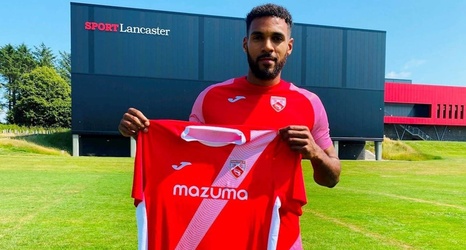 Kenyan international John Ayunga has sealed a transfer to League One side Morecambe FC from Bristol Rovers.

The 24-year-old was unveiled by the Lancashire-based outfit on Monday after agreeing to pen a two-year deal for an undisclosed fee.

“Morecambe is delighted to announce the signing of striker Jonah Ayunga for an undisclosed fee from Bristol Rovers on a two-year deal,” read a statement on the club’s official website.

“The 24-year-old made 36 appearances in all competitions for the Gas last season, 31 of which came in League One.