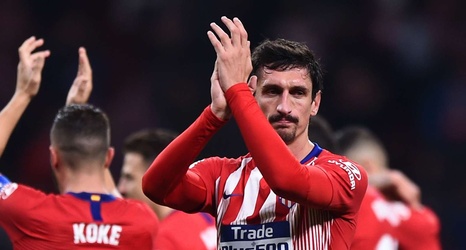 Atletico Madrid defender Stefan Savic has been banned for four matches by UEFA as a result of his sending off against Chelsea in the Champions League last month.

The centre-back was dismissed late in the second leg of the last-16 tie for violent conduct after he elbowed Chelsea's Antonio Rudiger.

The Spanish side were knocked out of the competition as Chelsea won 3-0 on aggregate, and UEFA have now announced sanctions for both the player and club after their latest round of disciplinary meetings.

How has Savic been punished?

The 30-year-old has been suspended from four UEFA club competition matches for elbowing Rudiger in the chest.