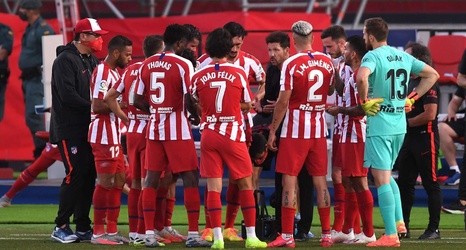 Two members of Atletico Madrid's travelling party for the Champions League quarter-finals in Lisbon have tested positive for the coronavirus, the club has confirmed.

The news comes as Diego Simeone's side prepare to face RB Leipzig in the Portuguese capital on Thursday with a place in the final four at stake, with the results of those positive tests potentially putting UEFA's condensed finale to the season in jeopardy as the European governing body look to conclude their showpiece tournament.

Both individuals, who have not been revealed to be either players or staff members, are currently in self-isolation at home.