Argentina has a passion that Italy cannot match - De Rossi 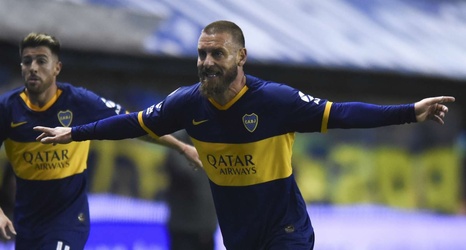 Daniele De Rossi said playing for Boca Juniors showed him Argentina has a passion for football that Italy cannot match, describing the club's La Bombonera stadium as "absurd and sensational".

The 36-year-old, who retired from football in January, opened up about the experience of ending his career at Boca, whom he joined on a free transfer in July 2019 when his contract at Roma expired.

He made just five appearances for Boca in the Superliga before cancelling his contract and returning to Italy to be with his family early in the new year, but said he had no regrets about the move.