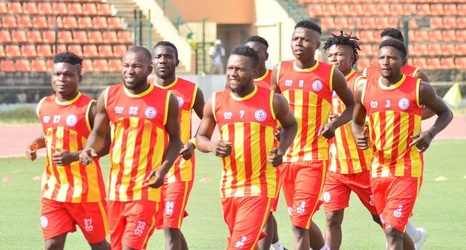 Notorious gunmen attacked the NPFL side on Friday along the Benin-Ore expressway on their way to Lagos to honour their game against MFM FC.

The hoodlums kidnapped Mohammed and carted away other valuable materials from the players and coaches.

The abductors demanded a ransom of u20a650 million before the Adamawa United bus driver would be released.

Permanent Secretary of Adamawa State Ministry of Youths and Sports, Aliyu Abubakar Jada, has revealed Mohammed was released on Wednesday night after u20a61 million was paid to the kidnappers.