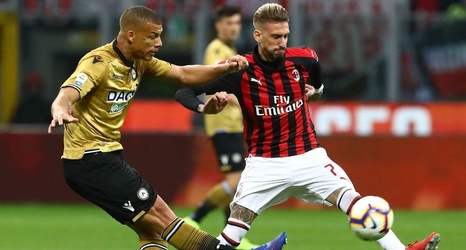 AC Milan winger Samu Castillejo says he was robbed at gunpoint on Tuesday.

The 25-year-old posted in an Instagram story that he was the victim of an armed robbery, with reports in Italy saying he stopped at a traffic light in his car when two men approached him and took his watch.

"Is everything fine in Milan? Two guys have robbed me while pointing a gun at my face," he wrote.

The Spaniard followed up to say that he emerged from the incident shaken but unscathed and has reported it to police.