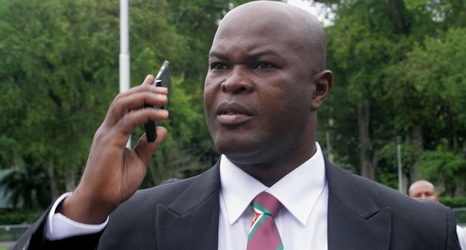 Bruswijk, who owns the club and serves as the team president, captained his club and played into the second half before being substituted.

The politician's side wasn't victorious, however, as Inter Moengotapoe fell 6-0.

Brunswijk assumed the role of Suriname's vice president in July 2020, having long been a key figure in the country's political climate.

He was a rebel leader who formed the Surinamese Liberation Army, better known as the Jungle Commando, in 1985 as he fought for the rights of African descendents.