109 goals for Portugal - Which country has Cristiano Ronaldo scored the most goals against? 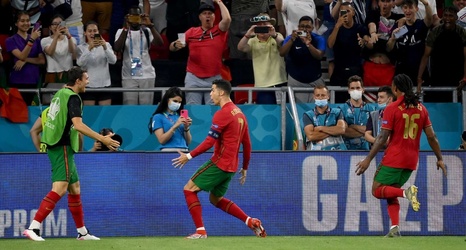 The Portuguese superstar has equalled Ali Daei's record after his brace against France on Wednesday...

Cristiano Ronaldo did the star turn for Portugal in their final Euro 2020 Group F game against France and became the all time highest goalscorer of all time - level with Iran's Ali Daei at 109.

The Portugal star fired home two goals from the spot in a heavyweight Euro 2020 clash. That took him up to 109 goals in 178 matches for the national team, putting him at the top of the list of goalscorers on the international stage.