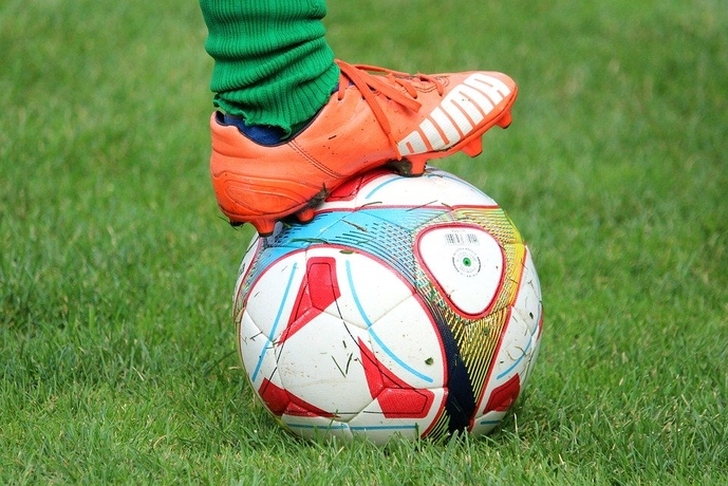 Vaping is a popular topic nowadays, though its history is not on the top of interest for vapers. The moment of its first appearance on the American and European market in its modern face was more than a decade and a half ago, but the devices are steel on the top of their popularity.

People all over the globe have been changing from cigarettes to vaping devices because of numerous reasons, including fake evidence since then. These days, vaping devices have broken several stereotypes about cigarettes and founded even more of their new ones.

The greater variety of new models is coming out these years. The functional characteristics and design are being improved. The best dab pens and the trendy wax pen have created ripples after their presentation. They have also become the boosters of medical cannabis popularity in the world.

In case anyone asked about associations with smoking, sport is the most antonymous notion in people’s minds. Being an athlete has always meant having no bad habits, including smoking cigarettes as well. The question is whether the same goes for vaping.

Vaping and Sport: the Main Concern
The standard process of vaping presupposes the use of a vape liquid, which, but water and glycerine, consists of nicotine extracts as well. Though the content of the liquids is always approximately the same, the concentration of nicotine can either exceed this in cigarettes or vice versa –be smaller. Nicotine is a substance that is extremely harmful to all the people, but especially for those who are always on the go like sportspeople do.

Nicotine can clog your vessels and create problems for blood transmission within the body. Clogging is a serious problem, but not the only problem that comes out of nicotine consumption. Oxygen is also badly borne within human systems and organs. Last, but never least is the fact that nicotine harms your cardiovascular system and, thus, can be a reason for such an unpleasant experience as a heart attack.

An athlete is “a person who is trained or skilled in exercises, sports, or games requiring physical strength, agility, or stamina”. This definition from Merriam-Webster Dictionary shows us that an athlete spends much time moving, and nicotine consumption may become a problem for his or her professional sports career. Health body, proper blood, and oxygen transmission, and right conditions of a heart are some of the basic requirements for a professional athlete.

Health and Vaping: Sport-Related Concerns
Vaping always means some extent of intoxication. Even if most organic elements were used for the e-liquid, they are uncommon for the human body, and the reaction can follow. Even when the elements are harmless separately, when combined, they may become a true disaster for the vaper. Such an opportunity threatens the health and mood of the athlete while training and during the competition and results in bad results or disqualification.

Except for intoxication, there exists a risk of allergy. It especially concerns the flavored liquids, which might consist of additional chemical elements, which might trigger an unpredictable individual reaction of the human body. The smell and flavor of a fruit, chocolate, or herb might not be reached by usage of this element. Allergy to any of the substances is a serious issue and can throw anyone off his stride, which is unlikely for a professional sportsperson.

The vaping device is an electronic device, which means there always exists a chance that something goes not smoothly. There were some cases when batteries exploded and caused a lot of harm to their owners. Using even the best vape pen for wax, you can never be sure about batteries’ stance. A real battery explosion can place in jeopardy any person, but if you are an athlete, the physical completeness is highly important for the performance.

Vaping and Sport: any Compromises?
Where the majority is looking for problems, we shall find some new opportunities. Finding positive sides of vaping might be quite a challenging task, but it is evident that they must exist. Unfortunately, it is a hugely complex task. It is easier said than done!

Choosing the path of the sport means nicotine refusal. The other question is that sportspeople, from time to time, try to compromise this rule. They avoid nicotine usage and vape other stuff, including some dry herbs, concentrates, or even marijuana.

The use of a dab vape pen along with dry herb and wax vape pen is highly common among the youth. Young sportspeople aim at trying some new experiences and do want to keep abreast of peers. Sometimes, the situation is different, and both the popularity and swinging parties do their part.

Both parents, schools’ teachers, health workers, and the authorities hotly discuss the problem of using a cigarette, a marijuana joint, and wax vaporizer among those, who are under 18. The issue was first triggered by the popularity of JUUL pods among schoolchildren, including athletes. Now the scale of tragedy grows.

Vaping and Sport: a Final Verdict
Vaping, no matter what substance you use, is always bad for the body because it irritates the airways and lets the harmful chemicals in. At the same time, vaping is a relaxing hobby in terms of emotions. On the other hand, we cannot deny that there exists no way of combining sports performance and vaping because of a long list of reasons. Some of these reasons are described below.

One. Vaping can cause inflammation in the lungs, bones, or muscle tissues. The outcomes of such an experience include rheumatoid arthritis, muscle pain, or osteoporosis.

Two. Vaping can be a reason for muscles to lose their flexibility or other functions. It might become quite painful to do the same exercises as before vaping.

Three. Vaping is also known for being contradictory in relation to sleep patterns. Vaping can change them, but whereas some people become more sleepy, others get restlessness and insomnia as a result.

Four. Vaping reduces the physical endurance of the body. It means that the training can never be fully practical, and you cannot express your best skills without fail.

Five. Vaping, depending on the hormones and individual needs of the body, will, for sure, change your weight. The question is only whether they will become a bit more obese with such communication, or they do not like meeting new people.

Six. Vaping can become a path to nicotine addiction. People are likely to surrender to this habit, and they cannot control themselves.

Becoming a vaper for an athlete might mean the end of a brilliant sports career. “To vape or not to vape…” is one of the most commonly found problems of this decade. However, it is essential to juggle priorities by relevance to your life situation.