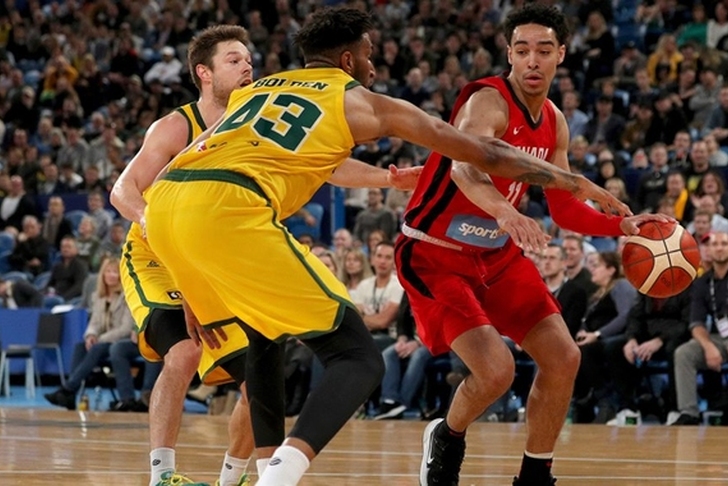 The excitement is building in the Basketball world as the FIBA World Cup 2019 finals start on August 31. The tournament lasts for 16 days and 32 nations will take part in 108 games. If you follow the sport it should come as no surprise that the US is the bookie's favorites but the others in the competition are still in with a slim chance to become champions of the world.

There is going to be a lot of betting action taking place and with the DraftKings Sportsbook promo code recently offered, punters are already putting money on the countries they believe will win their groups and progress to the final. The U.S. is the clear favorites priced at -260 which even though punters will not make a great return they will still get a lot of money placed on them due to the fact they have won the last 2 FIBA championships in a row.

Can Anyone Beat The USA?
It is extremely difficult to see any country beating the US basketball team as the side is packed with the best players in the sport. The NBA is by far the best league in the world and the stats show that they have not lost a single game in any international competition going back to 2006.

Why This Year Might Be Different
There could be a shock on the cards this year as a number of the top US players are missing. Key NBA stars such as; Kevin Durant, LeBron James, James Harden, Kawhi Leonard, Antony Davis, Paul George, Damian Lillard along with the world’s best player Stephen Curry are all absent.

Even though the US has most of their superstar NBA players missing they still have a team that is capable of beating the rest of the field. With the likes of Kemba Walker, Khris Middleton along with Donovan Mitchell in their team, they should have the quality to see them crowned champions once again. The only risk is complacency so if they do not take the other teams seriously a shock could be on the cards.

FIBA World Cup Contenders
One of the best bets to place on the FIBA World Cup 2019 finals in my view is Canada. Their teams are packed with fantastic players from the NBA with 17 players from the league in their team. Australia is in with a shout to go far in the competition but they have one of the toughest groups to get through so they will have to get off to a great start if they are going to progress.