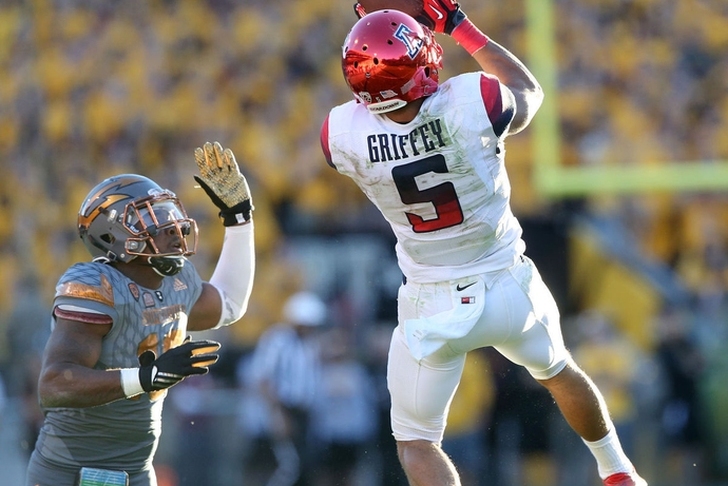 The 2017 NFL Draft is complete and the Indianapolis Colts have already landed a few coveted undrafted free agents. NFL teams start trying to sign these UDFAs the second the draft ends, and sometimes even sooner, although all of the moves typically won't officially be announced for a few days.

We have every player the Colts have signed below. We've also included a brief write-up about the more notable additions.

The biggest name on the list, because of his father, is Trey Griffey. He's the son of legendary MLB outfield Ken Griffey Jr. and Trey is actually a nickname because he's really Ken Griffey III. He has good size and enough speed, so if he can develop, he might end up as a deep threat. Unlike his father, a Hall of Fame career probably isn't in the cards.

Crossan has drawn comparisons to Chris Hogan, since both played lacrosse before moving to football. He has good hands, but is very much a running back and wide receiver 'tweener.

Darrell Daniels is a pretty solid athlete and might be able to latch onto to the practice squad and develop into a backup.

Phillip Walker was fun to watch at Temple, but he's very raw as a thrower. But, worst case he serves as another camp arm. He could be a practice squad candidate.

Garrett Sickels was one of my top undrafted free agents. He went pro early, as he could have returned for his redshirt senior year. He could develop into a backup pass rushing specialist for the Colts.

Follow our Indianapolis Colts team page for all the latest Colts News or download the Chat Sports App!