Zach Pascal: The most underrated wideout in the Colts’ receiving corps 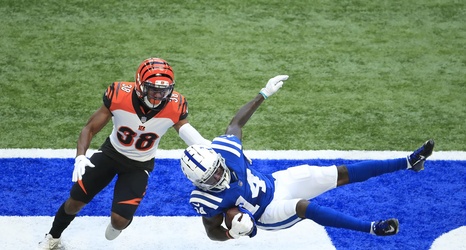 Zach Pascal might very well be the Colts’ most underrated wide receiver. While he may not be ‘well-known,’ the former Old Dominion wideout has been quite productive for the team throughout the last two seasons.

For context: The acrobatic grab, as shown in the picture above, should tell you everything you need to know about Pascal’s contributions over the last two seasons.

Pascal’s numbers speak for itself, as the productive wideout has had back-to-back seasons where he’s garnered over 600 yards and found the end zone six times. To be more exact, Pascal had a grand total of 1,504 yards and twelve touchdowns during his last two seasons, averaging nearly 15 yards per catch with 14.