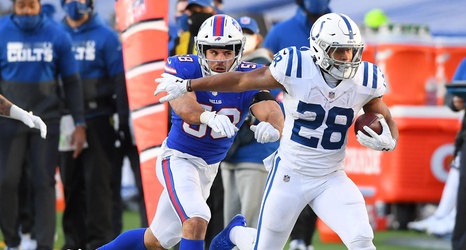 Jonathan Taylor is a top-five running back in the NFL already. After taking a mid-season leap following a rough start, Taylor looked like the superstar he was throughout his collegiate carrier at Wisconsin. Finishing third in rushing yards behind only Derrick Henry and Dalvin Cook, Taylor valued into a different stratosphere for ball carriers once December rolled around.

Now, entering his sophomore campaign, the expectations are sky-high for the Colts’ second-round pick in the 2020 NFL Draft. When diving into the numbers, Taylor’s metric rise from average to elite revolved around not only gaining confidence and adjusting to NFL speed, but also the coaching staff gaining trust.