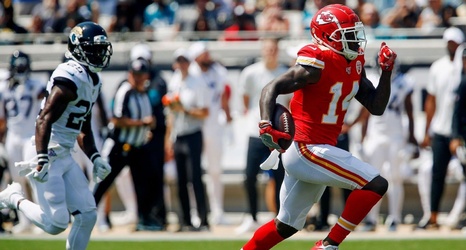 Watkins' absence means the Chiefs will play without at least one of their starting receivers since the first quarter in Week 1.